The most fundamental principle of the Australian Constitution is that the people are the bedrock of the political community. The preamble records that it was the people who “agreed to unite in one indissoluble Federal Commonwealth”. It is the people who choose the members of the House of Representatives and the Senate. Because government ministers must sit in the Parliament, they are ultimately accountable to the people. And it is the people who have the final say on any changes to the Constitution’s text.

This pre-eminence of the people is not some vague aspiration. It is there in the text of our Constitution, and it sets a standard that all participants in public life can be expect to be held to. 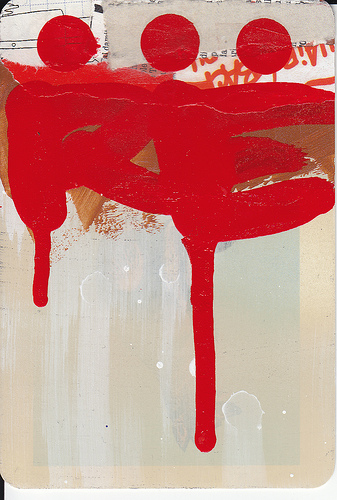 It is true that there has been, and continues to be, a significant divide in the Australian people, between Indigenous peoples and settler Australians. The 1967 referendum went some way to closing this divide, and there is still hope that a Recognition referendum might go further.

It is true, too, that with respect to the settler community there was for close to a century a government policy of opposition to non-white migration into Australia, which extended to the deportation of some people of colour. It is important – if we want to talk about history rather than fantasy – to recognise that this policy was an aspiration. There have always been people of colour in the Australian settler community, from the First Fleet onwards. Non-Christians also. To treat “white Australia” as if it was reality rather than policy lends undeserved reinforcement to racist imagination.

It is hard to imagine that any contemporary far right Australian politician could use the phrase “final solution” without appreciating, and deliberately playing upon, its historical resonance. But in any event, the deep wrong of Senator Anning’s invocation of the phrase in his racist call for a white Australia is what it tells us of his vision for the country: in rhetoric, in imagination, in aspiration, he simply wishes away millions of members of the Australian community. This is an obvious moral wrong. It is also a political wrong.

In his 2016 lecture on “The People and the Constitution”, High Court Justice Patrick Keane said:

I would suggest that, at the least, the political unity necessarily implicit in the idea of the people denies the power of any organ of government to divide or segregate the people in terms of religion, race, gender or social condition, so far as their political sovereignty is concerned. And given the centrality of political sovereignty, the concept may also serve as a brake on introducing divisions of this kind in any aspect of public life.

Senator Anning has set out a political platform that violates the most fundamental principle of the constitution under which he holds office. This is the basis on which I condemn him, not just as another racist but as a member of the Australian Parliament: for his radical denial of the primacy of the people of Australia – all of the people.